Open Letter To Congratulate His Exellency, Prince (Dr.) Dapo Abiodun On His 60th Birthday & 1st Year Anniversary In Office As The Executive Governor Of Ogun State. 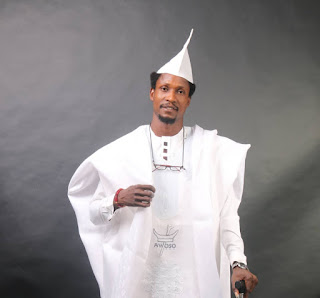 On behalf of Yewa North 1 State Constituency & the good people of Ogun West at large, I wish our hardworking Governor Prince (Dr.) Dapo Abiodun MFR, happy 60th birthday and 365 days Anniversary in office as the Executive Governor of Ogun State. His Exellency has done excellently well in all sectors of governance in Ogun State. He has particularly done well in Education and Health sectors in which he initially declared a State of Emergency upon his assumption to office. The decision was borne out of the dilapidated conditions in which he met them. It was acute and painful.
It is gratifying to say that our Primary Health Care Centres and Schools in Ogun State are wearing a new look with the yellow roofs today. No more agony and despair. Over 2000 Primary School Teachers have been recruited. There is a prompt payment of salary to all state workers and subventions for our Tertiary Institutions across the state unlike in the time past.  Others sectors like Security, Agriculture, Housing Development so on have never witnessed such purposeful leadership and direction as they have seen in the last 365days.
Martin Luther King, Jnr  noted that our lives begin to end the day we become silent about things that matter. I would not want my life to end now therefore I need to speak out on the things that matter about Ogun West which have been neglected for over four (4) decades till now. The thought of this alone excites my curiosity, and a man in my situation has a positive duty to lend his voice.
I could recollect vividly that His Exellency, upon his electoral victory, promised to take Ogun State as one common entity and not be sectional or selective because of his tripartite covenant with His Creator. The system all through the years have been under a false impression that all was well with all the Three Senatorial Districts whereas the two are looking fat and robust, the third,  which generate over 60% of Ogun State IGR is greatly malnourished & starving.
I could remember that my  first encounter with Your Exellency was on May 17 2019 in Iperu, shortly before your swearing-In ceremony where i was part of the delegation of Yewa Development Forum under the Chairmanship of His Royal Highness, Olu of Ilaro, Oba Kehinde Olugbenle the Paramount ruler of Yewa Land and where Prof. Biyi Afonja was the Co-ordinator. The team that day was led to Iperu by the Emeritus Prof. Anthony Asiwaju with the likes of His Excellency Prince Gboyega Nosir Isiaka GNI, Otunba Akeem Socopao, Prof. Popoola, Dr Kunle Salako, Hon. Haruna , Hon. Jemili, Chief  Kunle Amosun, Engr Diran Ayanleye, Alh. Raheem Egungbohun IBD, Dr Bamigbose and my humble self. The purpose of the courtesy visit was to congratulate Your Excellency and escounce you on things that matters to Ogun West which successive administrations in the State have consciously or unconsciously denied us. 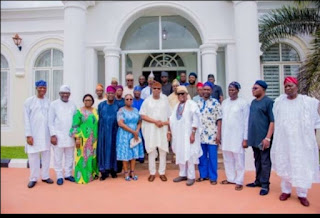